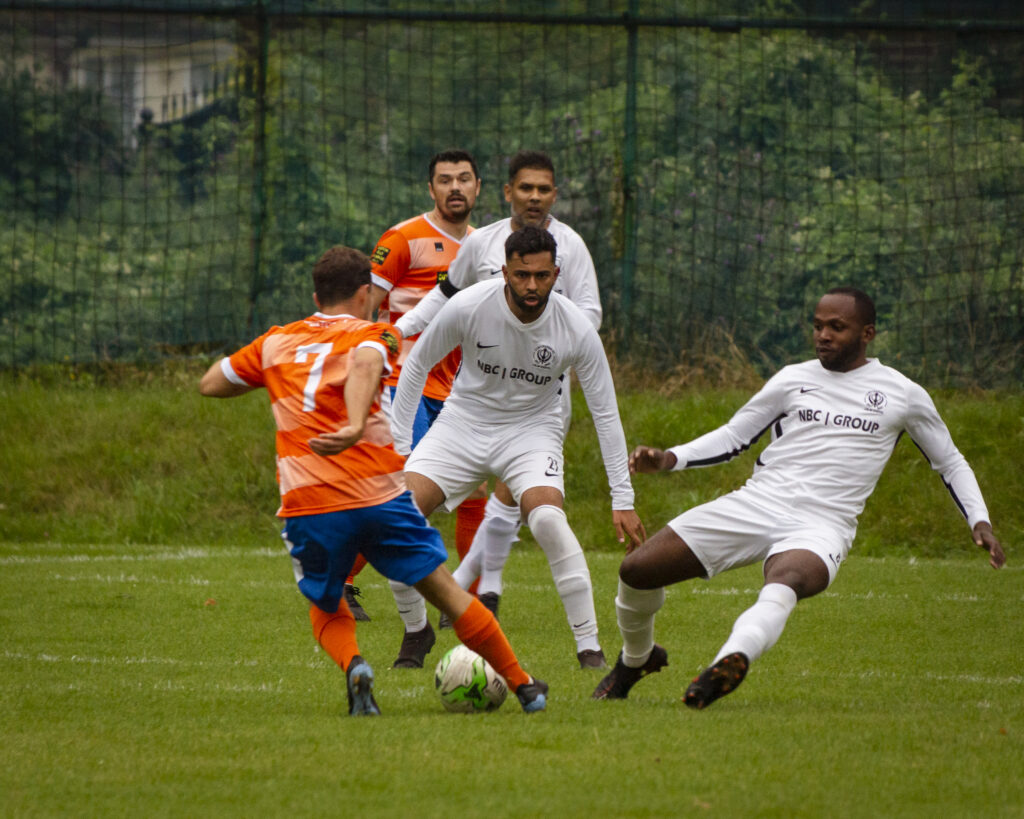 With the Chats planned visit to Lordswood postponed due to a covid outbreak in the Lord’s camp it was another opportunity to take the plunge down to step eight, and the first league fixture on the ground for 10 months.

Lack of floodlights meant an early 6.30 kick-off, and we sneaked into the ground a smidgeon before kick-off after being stuck in traffic on nearby Sundridge Hill. A healthy crowd had gathered, and a headcount revealed a crowd of 115, excellent attendance at this level, and more than many clubs several levels higher can muster.

A relatively even first half was regularly interrupted by the referee’s whistle, and a series of free-kicks and some questionable offside decisions punctuated the evening. The visitors started brightly, and their first opportunity came when their forward rounded the keeper but slipped in trying to apply the finish, amid loud appeals for a penalty. The same player’s vocals would lead him into trouble late in the game when he was sin-binned after more penalty appeals.

After a quarter-hour Cuxton suffered a double injury, which led to the physio doing shuttle runs between the two with the painkilling spray. Cuxton was briefly reduced to 9 men, as both injured parties had to leave the field of play, but Guru Nanak was unable to take advantage in the intervening seconds.

Shortly after the game’s most controversial decision hovered into view. Guru Nanak’s forward was clear on goal, but the home defender recovered well to pull off what seemed a well-timed last-ditch challenge. Free kick said the ref – and called over the errant home player. He was definitely the last man, so an easy one for the ref, who then proved that he wasn’t really sure about his original decision by pulling out a yellow. The subsequent free-kick went narrowly over the bar, with the keeper’s leave suggesting it was a lot further away from dipping under the bar than it actually was.

On 23 minutes the visiting keeper looked flat-footed but managed to tip a shot against the bar, and shortly after was out sharply to save well at the feet of the onrushing forward. Two minutes before the broke Cuxton broke the deadlock with a well-worked corner routine which saw a low shot guided home. In first-half injury time, Guru Nanak had more strong appeals for a penalty, but in all honesty, it would have been a generous award.

Guru Nanak had a chance to equalise at the start of the half when they pulled the shot wide, but much of the second half saw the home side in the ascendancy. Just after the hour, they should have scored when the keeper parried a low cross straight to the home forward, who miscontrolled when well placed to thump home, and five minutes later they shot over with a sharp volley.

In the gathering gloom, the visitor’s sporadic attacks were largely being snuffed out by the constantly waving offside flag. As we entered the last 20 Cuxton were remarkably thwarted by a double goal-line clearance, but with 13 to go they finally doubled their advantage from the penalty spot. Almost straight away there should have been a penalty at the other end, but once again the ref waved away the visitor’s appeals.

The Nanak keeper made a good save with 6 to go, and Cuxton should have gone three up shortly after when they headed wide when well placed. Overall a deserved win for the home side, although Guru Nanak will probably feel they did not get the rub of the green with the evening’s big decisions. 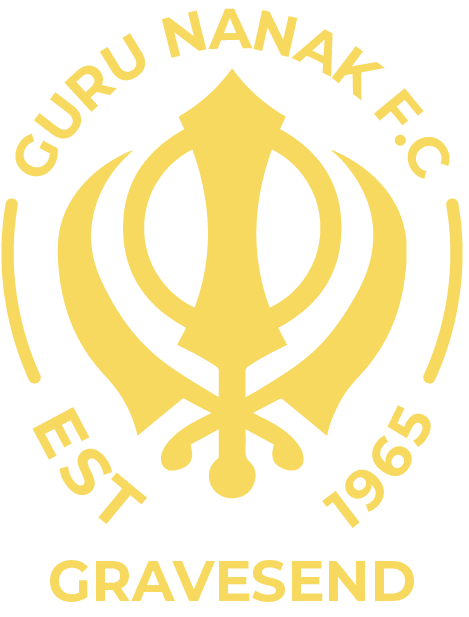